Sometimes I feel lost in the Silicon Valley. I am one among millions in the busy, bustling Bay Area that I call home. People rush around from place to place in a hurry and the Internet boasts that my home is ‘the birthplace of Apple’. I’ll admit I was pretty excited when my new friend invited me to have lunch with her on the Google campus. And I shamelessly took a picture with the Google-colored Google bike. You know you live in the Bay Area, if you receive directions that include “its by the Google/Apple/eBay/Netflix/etc. campus”. You also know you live in the Bay Area (or at least understand the impact of the Bay Area) if you know what I meant when I called a bicycle “Google-colored”.  I am living amongst history-in-the-making here in this fast-paced, ever-changing, technologically-charged Silicon Valley. Which makes it really easy for the multitude of Catholic reminders all around me to go unnoticed. Until you notice. Then you really notice. Please take a break from Googling about eBay on your Apple for a moment and join me on a brief tour of the Catholic Bay Area …

Most of our stops can be found either along the El Camino Real or the Highway 280, affectionately known as the Junipero Serra Freeway. What are these roadways, you ask? Well, the El Camino Real, which in Spanish means ‘The Royal Road’, spans some 600 miles of the state of California from San Diego to Sonoma and was built to link the twenty-one Mission Churches established by Blessed Fr. Junipero Serra. The 280 freeway, subsequently is dedicated to Fr. Serra and if you have ever driven this road you have probably noticed the 26 foot tall whimsical statue of Fr. Serra ‘pointing out the way’ from above the freeway near the exit for Half Moon Bay.

If I reflect on the names of the places that I have lived and worked in the Bay Area, I notice that they are so evidently marked with the stamp of Catholicism: San Francisco (Saint Francis of Assisi – founder of the Franciscan Order and creator of the first nativity set, or crèche), San Bruno (Saint Bruno – Chancellor of the Archdiocese of Cologne, Germany and advisor to Pope Gregory VII), San Mateo (Saint Matthew – one of the 12 apostles and author of the first Gospel), San Jose (Saint Joseph – foster father of Jesus and husband of the Blessed Virgin Mary), Santa Clara (Saint Clare – follower of Saint Francis, and foundress of the Poor Clares religious order) and even Cupertino (named after Saint Joseph of Cupertino, a 17th century Franciscan from Italy).

When I consider some of my favorite daily activities I am again reminded of our ever-present God amongst the places I frequent. San Pedro (Saint Peter of Alexandria) Square in downtown San Jose (Saint Joseph) has a lively array of food truck style cuisine and an urban garage style coffee lounge that I love. Rancho San Antonio (Saint Anthony) Open Space Preserve is a weekend favorite for family hiking. En route to the AMC movie theater near 101, people (probably unknowingly) traverse a street named Our Lady’s Way as they pass a large statue of the Blessed Virgin Mary, which marks a national shrine to Our Lady, known as Our Lady of Peace. You may even hurriedly park in a rare open spot on the street in downtown San Jose on your way to the Children’s Discovery Museum, not realizing that you are parking in front of the magnificent Cathedral Basilica of San Jose (one of the unique Catholic churches marked with honorary distinctions of being both a cathedral and a basilica).

If you head out of town for the weekend, you are quite possibly visiting some of the well-loved destinations within California such as Los Angeles (‘the angels’, short for the original ‘Our Lady, the Queen of the Angels’), San Diego (Saint Diego de Alcala), San Rafael (Saint Rafael, the Archangel of healing), San Anselm (Saint Anslem), or many other towns with similar saint inspired names as these. Or maybe you’ve driven by one of the 263 Catholic churches and schools of the Archdiocese of San Francisco and the Diocese of San Jose, sprinkled between Marin and Gilroy. Since I’ve worked at six of them, and visited probably twenty more, I feel that I know where most of them are. Until I realize that this means there are still 237 I have yet to discover!

Did you know that the large block of land enclosed by the long salmon colored retaining wall near the edge of the Santa Clara University campus is a Carmelite monastery complete with a church, olive grove, walking Stations of the Cross, and community of cloistered Discalced Carmelite nuns? Ever been to the Olive Festival in Fremont, which is advertised as a community event that is “Fun For the Whole Family! … food, live music, wine tasting, arts & crafts … etc.” The fact is that this festival only exists because the Dominican Sisters who live behind Mission San Jose run and operate an olive grove on their grounds, which produces enough olive oil to warrant this annual festival.

Next time you are driving through the Bay Area and it seems that everything ends in .com, take a closer look. There are many layers of history to every place and the Bay Area was Catholic long before it was corporate. Enjoy finding new and interesting meanings to city and street names you’ve never pondered before. Take a closer look at buildings you pass, and reasons behind festivals … they all have a story. Find out more of the story of your hometown. It doesn’t take long to feel more closely connected to the one, universal, and holy Catholic Church and when you do, you will feel even more perfectly at home in your hometown…. even if your hometown is the sprawling booming metropolis of San Jose, California. You’ll actually know you are right at home when you remember that your city was named after Saint Joseph, the Earthly father of Jesus. Now that’s a different way to look at the capitol of Silicon Valley. 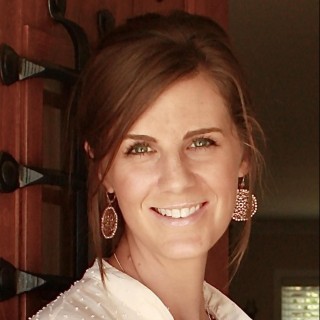